Since I posted a typographic video on Friday, I thought I would show you  an alphabet book today. A Birdwatcher’s Colouring Book Alphabet combines my interest in natural history with my love of alphabet books.

When choosing the birds for the alphabet I decided that it should only contain birds I have actually seen. Wherever possible the images were produced from my own photographs or sketches. In a couple of cases I stretched the rules a bit and used Latin descriptive terms rather than actual bird names. 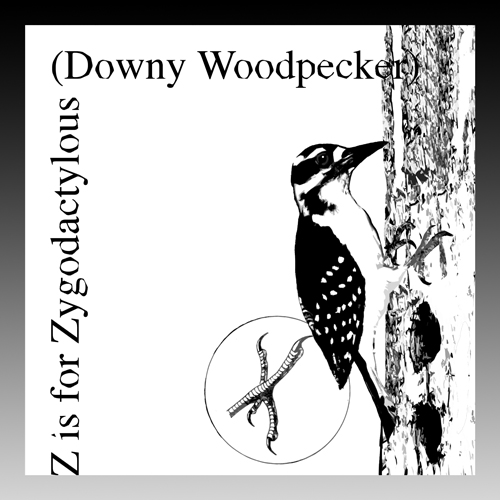 Since these were the first and last birds the words produce a certain symmetry.

Many of the birds that I chose for the book are relatively common where I live. I don’t necessarily see them often, but I do see them regularly.

The letter X presented the problem it often does when selecting things for alphabet books, but I got around it in two ways. I chose a word that starts with the sound of the letter X. I chose a bird that I have seen (in the Oxford University Museum of Natural History) although it is stuffed. (You can take a virtual tour of the museum here and see him for yourself.) 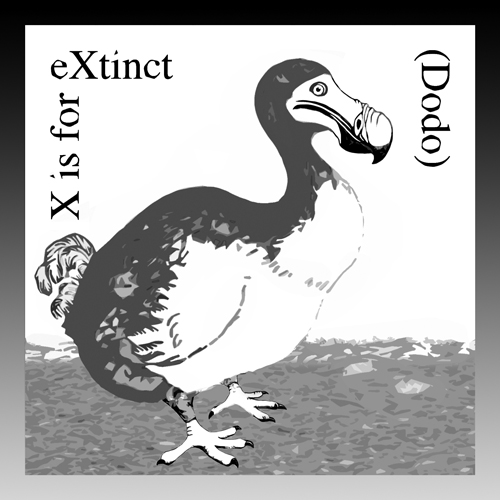 David and I once spent a whole afternoon in the museum collecting images for every letter of the alphabet, so sometime in the future there may be a museum alphabet book.

Because I like to put jokes in my work, there was one other rule for selecting birds for this book. Can you guess what it is?