I had not planned to write another post about the bald-faced hornets and our joint project quite so soon, but life has a way of intervening in the plans of humans. And the plans of hornets, in this case.

While I was busy last Sunday morning writing a bit of (I hope) entertaining fluff about using Pinterest, David was out pruning the driveway. Again. Even in a dry year things grow out of control.

As he worked past The Nest he noticed massive changes.

The nest was collapsing and shedding layers.

There were bits of nest on the ground

as well as part of the interior comb.

When David came home and told me, I felt quite sad. Perhaps I had doomed a generation of hornets to failure by offering them shoddy materials? Or perhaps not.

When David returned to the nest and took pictures, it became apparent the back of the nest had been ripped open and the centre removed by a predator. 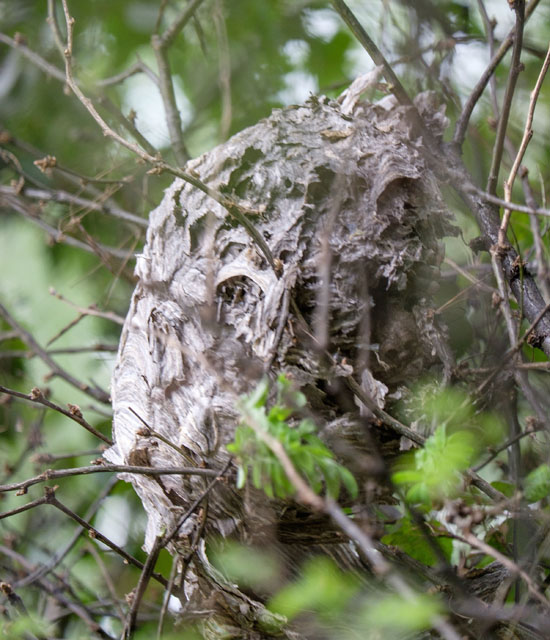 We suspect it was done by one of these (image from Wikipedia): 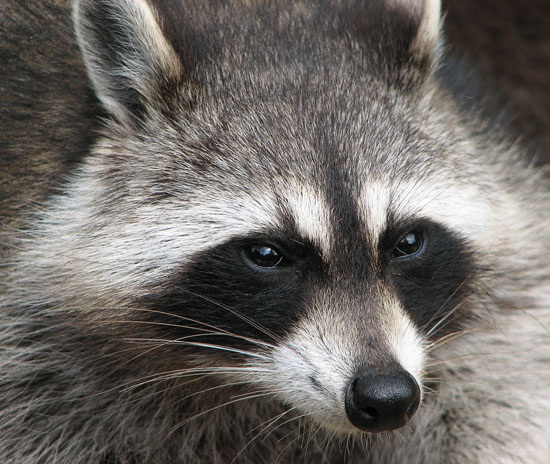 We think a raccoon took out the hornets’ nest in our garage ceiling last summer. There are actually quite a few mammalian predators that will eat wasp/hornet larvae, but we don’t have bears or wolverines, the damage to both last year’s nest and this year’s seems too extensive for it to be mice or rats (I don’t think we have rats), and skunks, weasels, and badgers aren’t great climbers. Both nests were quite high up. We know we have at least one raccoon in the neighbourhood as there has been identifiable scat under the plum tree in the orchard.

It got windy in the middle of the week, so the nest has disintegrated further.

David brought some fallen bits of the nest back to the house after photographing them. 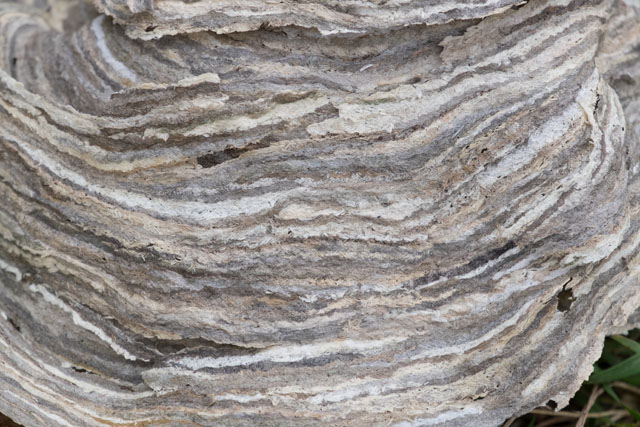 I will leave the main body of the nest alone until mid-winter. There are still bald-faced hornets around it, possibly attempting a salvage operation. Unless we get an unusually warm and snow-free autumn, it is unlikely that they will be able to raise another queen to over-winter and start her own colony next year.