A Little Catching Up

There’s nothing better than someone asking to purchase a book to prod me into finishing the edition. Last week I received an order for a copy of Westron Wynde. I already had all the copies printed and just waiting. 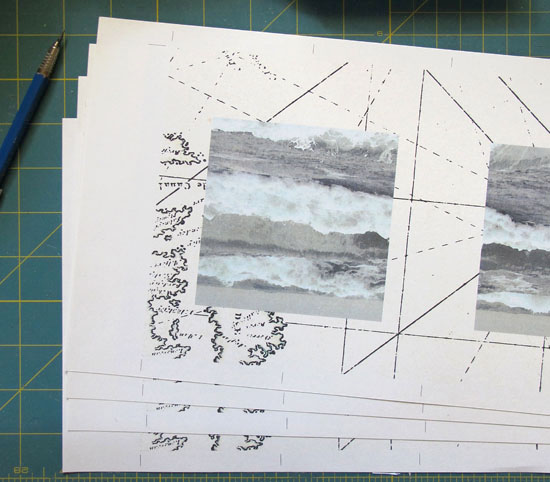 I had even cut and folded the covers. 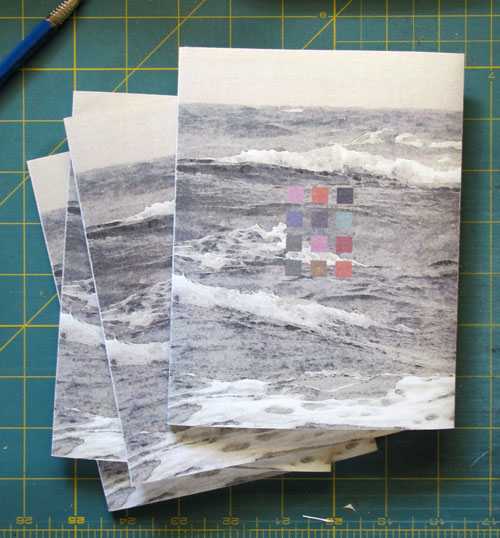 But I had not completed the last four copies of the book.

Here are the four copies completed, with one packed and ready for mailing. 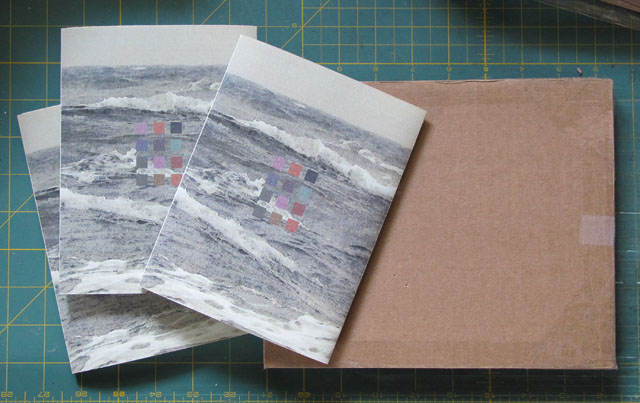 It’s not that the Hedi Kyle panel book structure is that hard to make, it’s that I tend to lose interest in a book once it is designed and the first few copies are made. All the fun stuff is over and just the grunt work is left. Also I am easily distracted by new ideas (even when they may involve learning experiences).

I also worked on the blog anniversary/Tanabata book. Here’s a little teaser:

If all goes well, I will be posting a DIY printable version next Sunday so you can make your own copy.

Today’s post is a little short on bookishness, so if you are looking for more artists’ books, you might check out the 2018 Libris Awards catalogue. I learned about the exhibition from dinahmow at More Idle Thoughts. Check out her post here if you just want to see the winning entries rather than spend time looking through the full catalogue.

I washed and blocked another gold silk shawl this week. As a change I made the design with texture rather than lace. I think it worked fairly well, but next time I might try a larger scale pattern.

In other local news:

It is definitely summer and lots of things are happening in our gardens.

The spiky plants on either side of the rooster are actually house plants much of the year: Cymbidium orchids. I can no longer recall which cymbidium they are, but they look like this when they flower in the winter.

The orange flowers behind the day lilies are the blossoms of a Lilium davidii.

Perhaps because it is a wild species and unmodified by human breeding, it seems to do best where it self-seeds. I have tried transplanting the bulbils, but those plants are never as vigorous, so we now mostly just let them grow where they want. They’re not invasive.

The vegetable garden is coming along nicely, but we could use some rain. (David is spot-watering some of the more desperate vegetables.) 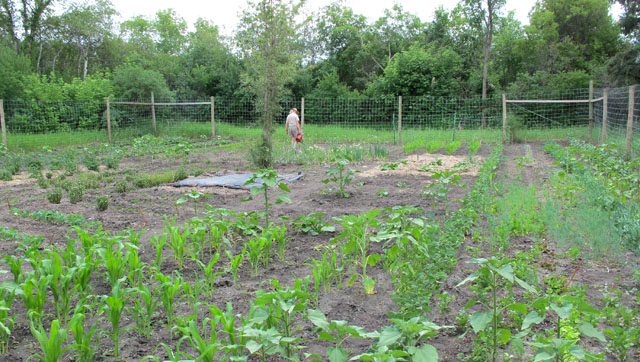 That area of clumpy plants in the middle of the left hand side of the image above are Viola tricolour, often called Johnny Jump Ups. They self-seed and David has to remove them where they impinge on vegetable rows, but he always spares some. They are lovely and cheerful and they come up on their own and flower before anything else. You can eat the blossoms so having them in the vegetable garden is (sort of) justifiable. 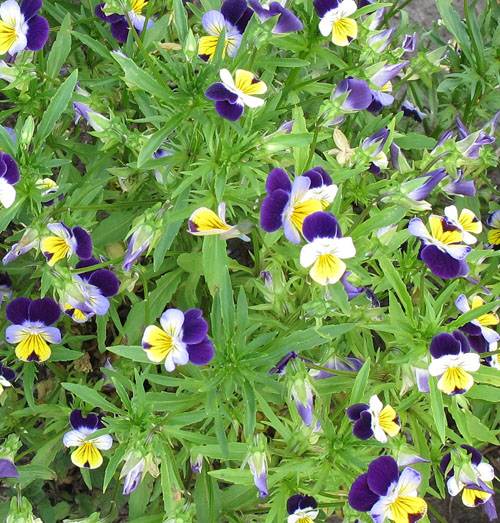 and we already have some sizeable plum tomatoes.

Other news from the garden by the house is a little frustrating.

Last winter, when we had no crabapples or chokecherries or saskatoons or rosehips or any fruit at all because the forest tent caterpillars had eaten all the buds in the spring, the white-tailed deer began coming to the bird feeder and eating the spilled seeds and hulls off the ground. Eventually one of the does figured out that she could empty the feeder by licking and tipping it. We felt sorry for the deer since so much of their winter food supply was non-existent, so we did not chase them away. (We did not go out and buy deer food because we figured they would eat that and then come to the feeder for dessert.)

It is now summer and food is plentiful. At least one of the yearlings who has learned the trick and is now tall enough to use it, is still coming late every afternoon or early evening) and emptying the feeder. She has worn a path through the shrubbery at the west side of the garden. 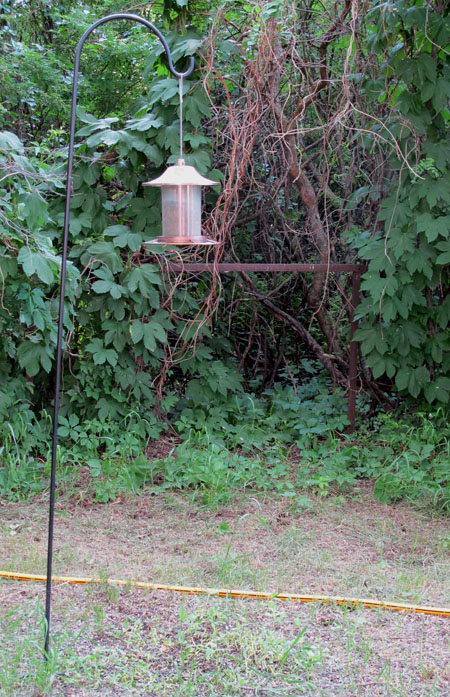 David thought he would put a stop to that.

The deer now goes through the shrubbery about three feet to the right.

David has moved the bird feeder. It’s hanging from a tree at a height where I can’t reach it, so perhaps the deer can’t either.