It has been a fairly busy week. I finished sorting the two-inch menko, though they will likely be re-sorted in the future for a second piece.

Some of the piles are single colour combinations.

Some are more contrasted or have a few variables.

Some are much more mixed.

After choosing which piles of menko I would use for this piece —tentatively titled The Conundrum of the Workshops— I did a rough layout to establish the number of rows and columns needed.

Since this is another encrypted message, I then went through and inserted the code. (The binary excerpt below is just a portion of the text.)

Here’s a glimpse of the piece this morning. There has been a lot of the design process known in our household as ‘staring morosely’, and there will be more as I switch around equivalent menko because the paste colour is lighter or darker.

Since there are spaces between every menko in the top row, each of them will need to be attached to the wall to mount the piece. I plan to use a system I developed for an earlier paper quilt: an eyelet will be inserted into the back layer of every top row menko. Here’s how the eyelets looked in the foundation squares for Moody Blues, 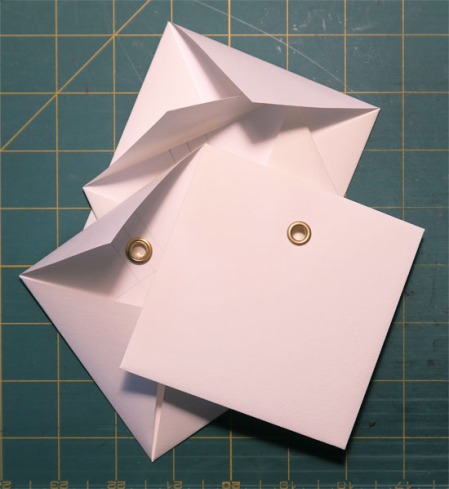 and here is Moody Blues installed last November at The Hand Wave Gallery. 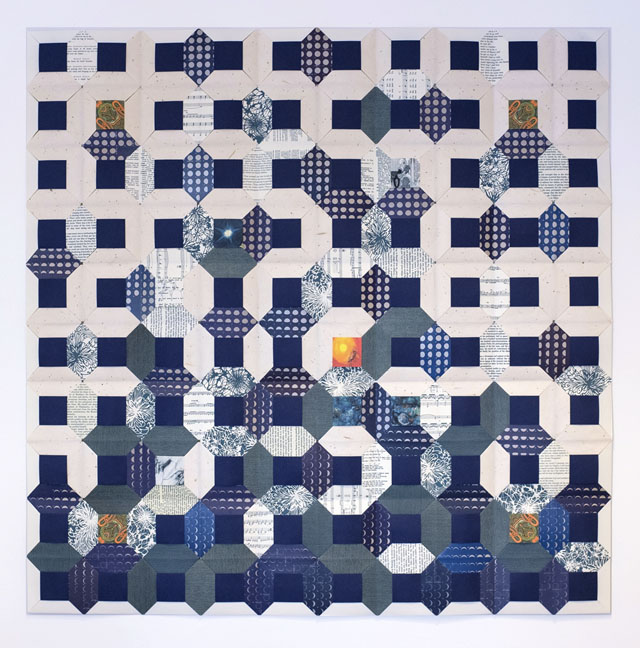 I also finished the printing of the joint book project. The next stage is for David to hand-colour all his illustrations. Better him than me!

I even managed to do the layout for the annual Beeston calendar.

One does need an occasional break from the morose staring.

If you enjoyed last Friday’s flick featuring papercuts by José Antonio Roda, you might want to check out the work of Béatrice Coron.

Coron’s website not only has a large selection of her own work, but a great links page so that you can find the work of other artists working in the medium.