The End of Mechanical Month

I had thought I might be finished my piece for #areyoubookenough_machine by today. I am close, but not quite there.

Monday saw the beginning of a volvelle for the end of the square tube opposite the iris.

It contains four words: sooner, later, sometime, and never. The volvelle has three layers for strength and stiffness. The middle and back layers have text pierced through while the front layer has oval cutouts. The outer edge has punched out semi-circles creating a toothed edge to aid in turning the disc.

It was produced in a number of steps: first printing the parts, then cutting out the middle layer, punching the edge which was marked out for spacing, and piercing the letters which were printed in reverse on the back.

I made the front layer, glued it on, punched the edge to match the middle layer, then  glued on a solid disc for the back layer and cut the centre hole to match the holes in the top and middle layers. To ensure that the disc would rotate smoothly I sanded the hole.

I re-punched the edge, then re-pierced the lettering, this time from the front. 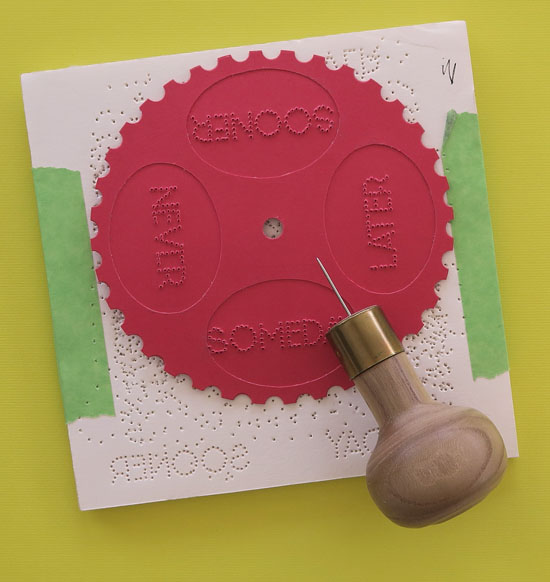 The volvelle is mounted at the back between two layers of card stock which have oval openings to match the ones on the disc. The axle is constructed in the same way as the ones on the extender. 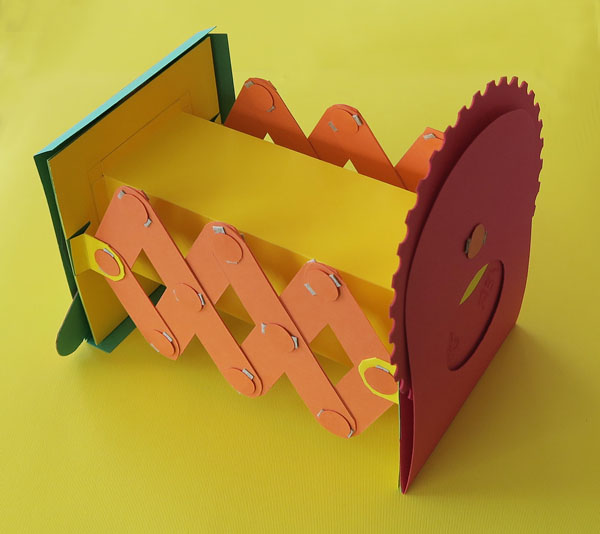 The panels for the case are laminated 2-ply card stock, and the side ones have slits to permit a connection between the extender and an external sliding sleeve.

Testing the case for fit before gluing the last corner:

The connections between the extenders and the outer sleeve consist of two I-beam shaped pieces glued to the extenders. 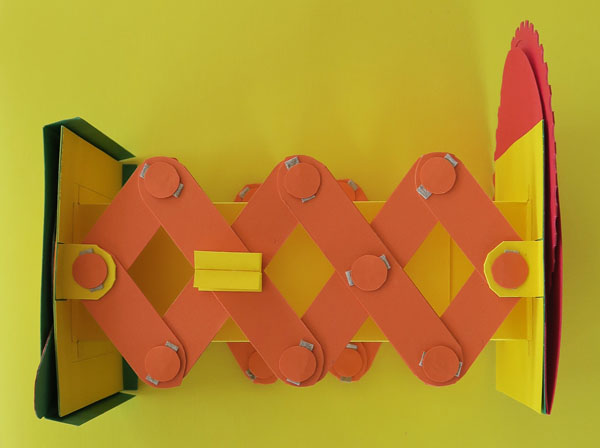 Fortunately this household owns surgical forceps, as they were the perfect tool for pushing the outer end of the connectors through the slots in the case!

Temporary spacers were put in place to measure and fit the sleeve.

Here is the sleeve in place but not glued.

The connectors have to be glued to the sleeve, then the final corner of the sleeve will be glued. (This will be a high-stress activity.) After that all that remains is printing, cutting, and attaching some labels and the operating instructions. Easy-peasy.

You can find the posts here.

Karen Hanmer has generously made available a free, downloadable copies of her book Biblio Tech. 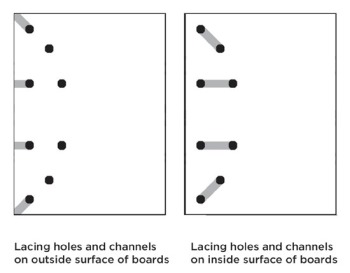 Just download Hanmer_BiblioTech_AutoRotate100percentPreview. It is already laid out in signatures ready for you to print and bind yourself.

2 Responses to The End of Mechanical Month