The weather cooled off, but I didn’t speed up. I have started playing with the final layout for Nurture, not Nature though.

To go back a bit, I finished folding all the rust print menko. Here are the parts partially folded and ready for putting together in pairs —one printed, one plain.

Here’s the little pile  of assembled menko. I may not need all of them, but it is good to have spares to choose from.

The larger panels have a folded edge similar to the structure used for the Shrigley binding. I will sew through holes in the folded edges to connect the panels and the menko.

The piece … and still counting … got a little farther along. I made a template for the stitching to attach the thorns, pierced the holes, 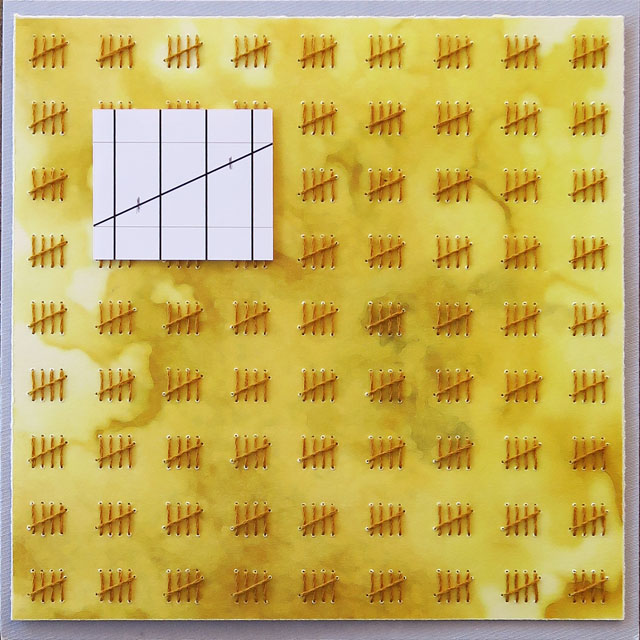 and sewed on one set of thorns.

Finally, I got as far as making a prototype for a possible entry in this month’s book arts challenge, #areyoubookenough_mountain. The book will be about the 1980 eruption of Mt. St. Helens and its perceived impact from a distance of about 850 miles.

If you want to know more about the eruption, you can download State of Washington Information Circular 71 mtsthelens, a paper by Michael A. Korosec, James G. Rigby, and Keith L. Stoffel.

To celebrate their Twenty-fifth Anniversary, the Women’s Prize for Fiction joined with their sponsor Bailey’s (as in Irish Cream) to re-issue 25 works by female authors previously published under male pseudonyms. You can read more about the project here.

I found two interesting things on Dezeen this week: 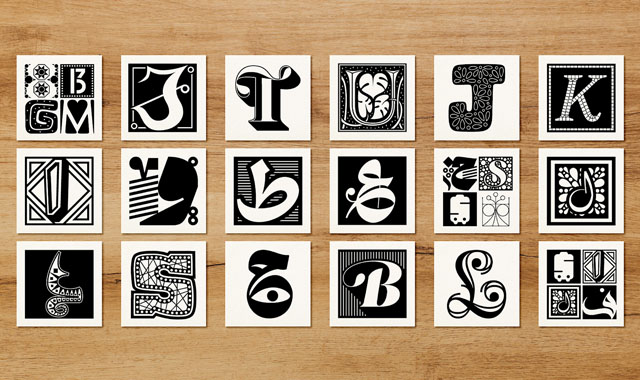 Beirut-born type designer Nadine Chahine has commissioned a typeface from contributors including Erik Spiekermann and Mamoun Sakkal to raise funds for victims of the devastating explosion in Beirut.

You can learn more about the project here and here.

We often hear of the potentially negative impact algorithms can have on people’s lives, but this is a case where an algorithm makes something quite positive possible: 40,500 individual book cover designs for the Viewbook (prospectus) of the ArtCenter School of Design. Find out more about it here. 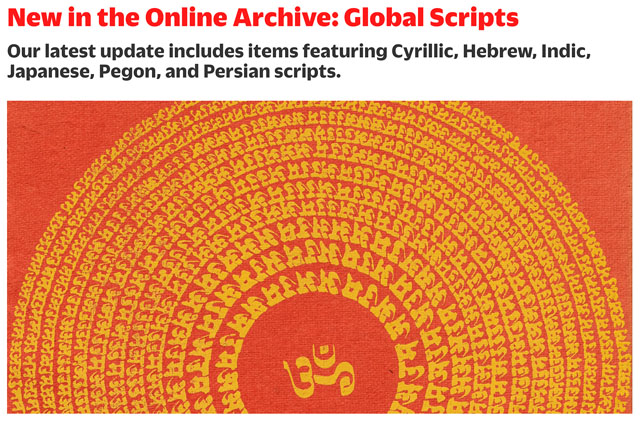 Letterform Archive has expanded its online archive with the addition of multiple examples of non-Latin-based lettering. There is an illustrated article here.