Chinese Lucky Stars were the reason I started this blog. It was one of the ways I collected wishes for my installation piece The Persistence of Hope. Every Lucky Star I folded for the labyrinth had a hand-written wish on the strip of paper it was made from. (I am no longer collecting wishes.) These instructions were originally part of the first Byopia Press Advent Calendar in 2017.

These are Chinese lucky stars. 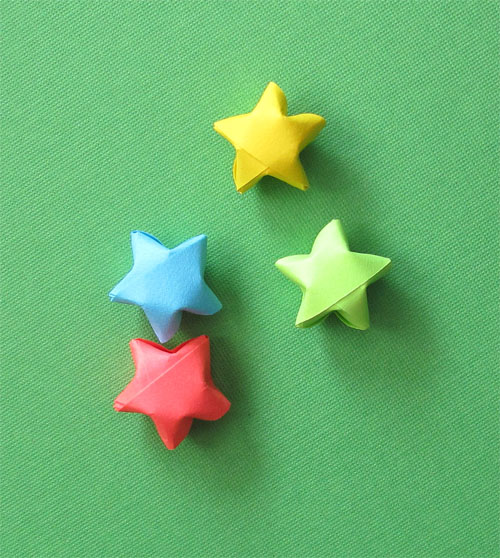 Each one is folded from a single strip of paper. Having previously folded thousands of them, here is what I produced in about 6 hours.

The stars are traditional given as gifts, singly or in bunches, often in a glass container. At this time of year, they can be tucked into the corners of boxes as a substitute for plastic peanuts when mailing things, or added loose to boxes where they will make interesting noises to confuse recipients trying to guess what gift they are getting. They can also be used to make a decorative garland.

The stars are easy to fold (after a few practice tries). Here are some photographic step-by-step instructions from Origami Instructions. You can visit their website for additional written commentary, though I have added some text below at key points. 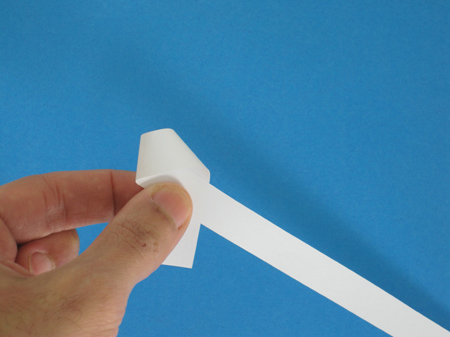 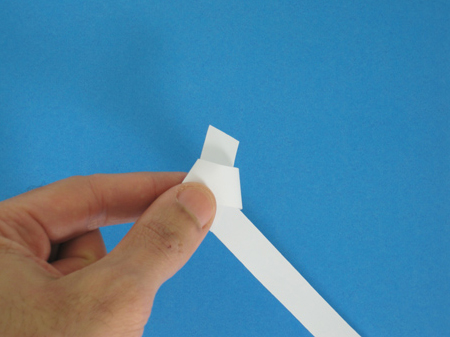 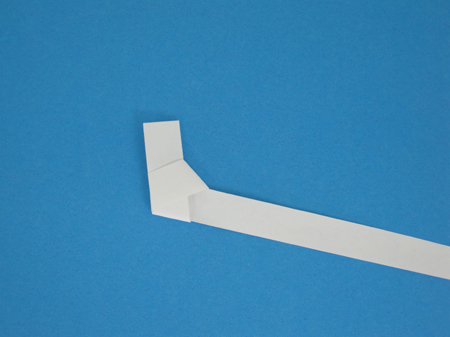 If I accidentally leave too long a tail so that it doesn’t fold neatly inside the width of the flattened knot, I just tear off the excess. 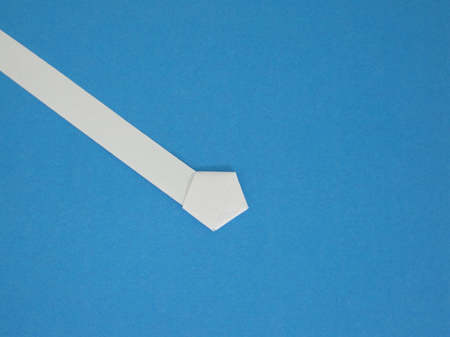 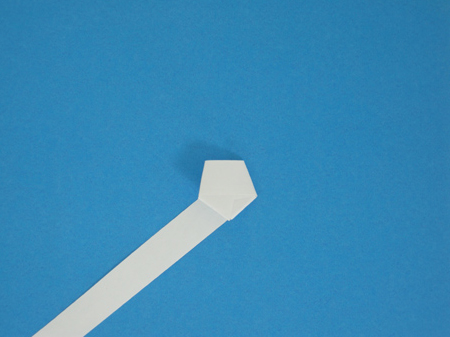 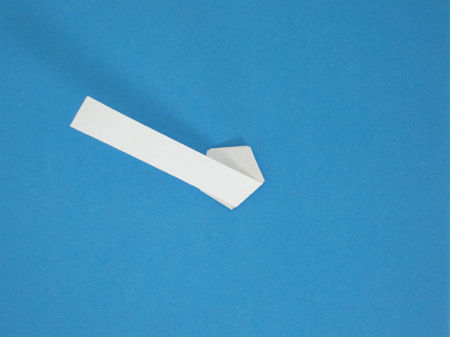 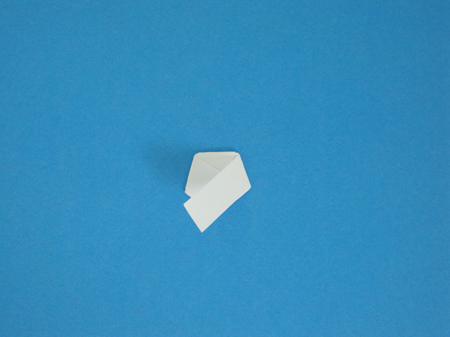 Again, if the tail is too long to fit within the width of the pentagon, I just tear it off. 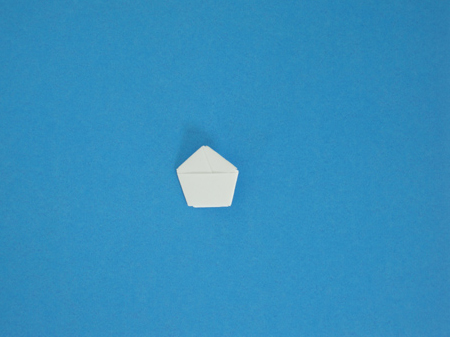 I also fold one corner of the tip down so that I have a pointier end to work with,

and I tuck it under both upper layers, rather than just the outermost one. 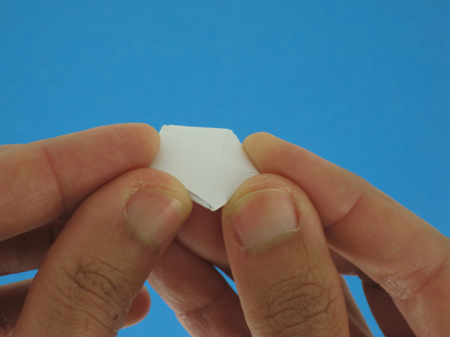 Push on two edges with your thumb and forefinger and pinch the corner into a point. Repeat for the other four points.

If you would rather learn from drawings, there are graphic instructions here. You could also try a video here.

If you want to make a garland but have neither the time nor the inclination to fold more than a few stars, you could make a popcorn garland with an occasional star here and there. (Tip: if you want to make a popcorn garland, pop the corn the day before, then let it sit uncovered overnight. The kernels will soften so they will be less likely to shatter when you try to thread them.)

Our Lovely Assistant Kemuri says she has an even better idea for lucky stars.

They are obviously cat toys.

I have been working in the book arts field for more than twenty years, and operating Byopia Press with my husband David since the late 1990s. I began producing artist's books and altered books in 2004.
View all posts by Byopia Press →
This entry was posted in DIY, instructions, origami, paper folding and tagged instructions, origami, paper folding, stars. Bookmark the permalink.