Erin K. Schmidt, USA: I made this book titled ‘hoax’ in June 2020 during our lockdown. I live near Detroit, MI which was one of the Covid-19 hotspots in the United States then. The title of this book is derived from a speech, then President Donald Trump gave at a campaign rally February 28, 2020 in which he spoke of the growing concern for the pandemic as a hoax created by the Democratic Party in order to discredit him. His statement was the catalyst for widespread dismissal and disbelief in the seriousness of the rapidly spreading virus, as well as for purposeful refusal to adhere to safety protocols by a large population of Americans. This book visually tracks the spread of the novel coronavirus in the U.S. from its start until June 1, 2020 when case numbers reached over a million and deaths reached over 105,500. Red lines that spread their way across the pages are composed of the word hoax, and multiply rapidly, until at the end the entire page is filled. There are well over a million tiny hoaxes in this book followed by over 105,500 individual threads that spill out of the book in memory of each one of the American lives lost to the virus at that time. The number of American deaths due to Covid-19 has now reached over half a million.

You might want to spend a little time this weekend checking out more of Erin Schmidt’s work. You will find her website here. 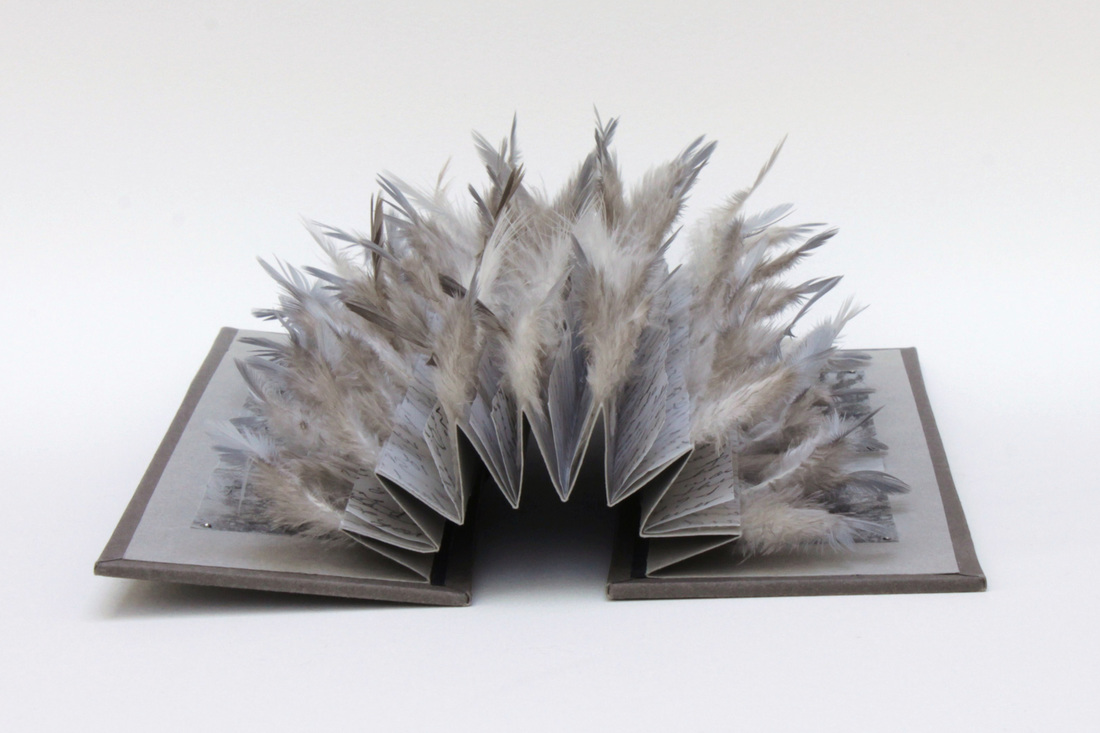 (The image above is from Schmidt’s website and shows the artist’s book Sanctuary.)