Every year Byopia Press sends out calendars to a select group of friends and relations. In recent years they have been illustrated with images of Beeston’s activities for the previous twelve months. (Beeston is our travelling companion. He is a small bear.) I don’t want to spoil the surprise of the 2022 calendar, so I will show you some pictures from last year instead.

Beeston had planned a trip to England in 2020, but the 2021 calendar shows what really happened. Here is the cover image. 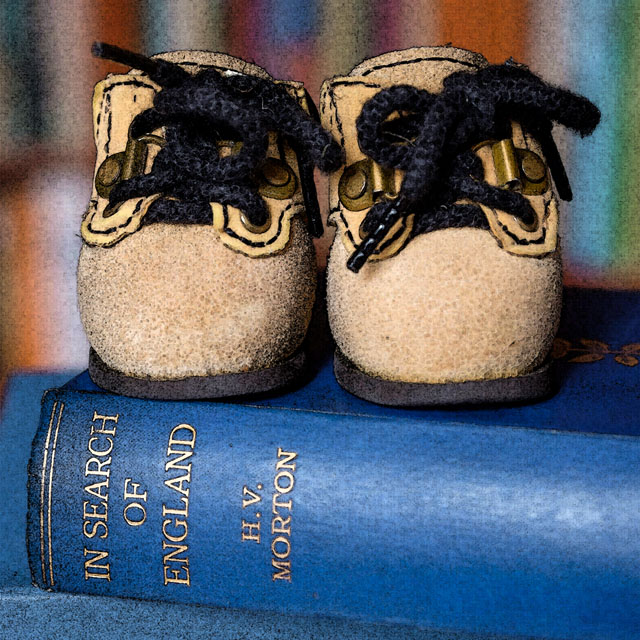 Here are pictures from five of the months. 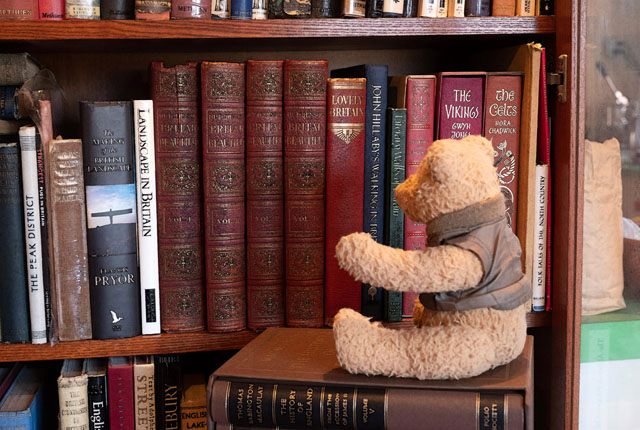 The 2022 calendar is now prepared and ready to print this week. In it Beeston will show off the new hobby he began in 2021.

I finished hand colouring all nine prints for Mixed Messages IV. Here they are stacked on the left of a drawer in the map case,

and a closer look at Mixed Messages IV 1/9.

I will be posting the full set on Instagram.

If you are looking for another paper project with a Hallowe’en theme, you might want to make this game from 2018, Feed The Jack O’Lantern.

The Book Club of California has an accessible digital collection. The Kelmscott Press books caught my eye.

A Definite Claim to Beauty: the Kelmscott Press and the Aesthetics of the Book

William Morris was fascinated by English history from a young age, and while at Oxford, deepened his interest in Medieval history, art, and architecture. He disliked the industrially produced goods of his era, comparing their poor quality to traditionally made crafts. In 1871 he persuaded some friends to found a business with him to produce high-quality textiles, wallpaper, stained glass windows, and furniture; in 1875 he bought out his partners and renamed it Morris & Company. His preference for finely made crafts was a reflection not only of his aesthetics but also of his socialism; he felt that under capitalism, industrialization had replaced skilled crafts makers with people who were little more than cogs in a machine, poorly paid and easily replaceable.

An interest in book design and book making naturally followed his other interests. The Chiswick Press printed some of his books, their texts showing his interest in medieval romances and fantasy and their materials and quality of printing reflecting his desire to reproduce the high craft standards of an earlier age. He studied printing, surveyed available materials – even experimenting with making his own ink – and studying historical printing and type design. In 1891 he rented a cottage in Hammersmith to be the home of his new Kelmscott Press and in May of that year its first book, Morris’s fantasy novel The Story of the Glittering Plain, was released. It was the only title to be printed twice by the Kelmscott Press, the first edition being completed without waiting for the illustrations from artist Walter Crane.

In its seven years, the Kelmscott Press printed 53 books, including 23 written by Morris, consisting of poetry, commentaries on aesthetics, reprinted or retold medieval stories and texts, and original novels.

You can view the books here.

The Jaffe Center for Book Arts continues to offer online workshops. You will find the updated list here.

More online instruction is available from Book Paper Thread. The list and links are here.

This handsome fellow was napping in our pasture on Thursday afternoon when David caught sight of him. At first I thought it was an enormous fox because of his auburn colouring —his tail was hidden in the grass— but  his coyote-ness became indisputable once he stood up.